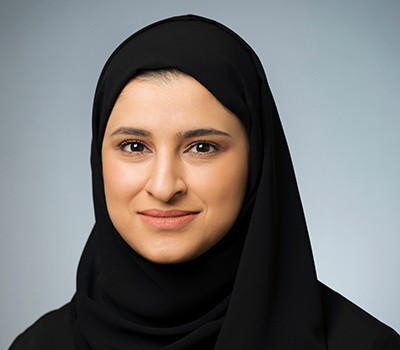 Minister of State for Public Education and Advanced Technology

Her Excellency Sarah bint Yousif Al Amiri &ampampamplrmhas been appointed as Minister of State for Advanced Sciences during the &ampampamplrmCabinet reshuffle of October 2017. Her responsibilities include enhancing the contributions of advanced sciences to the development of UAE and its economy.
&ampampampnbsp
Her Excellency is the Chairwoman of UAE Space Agency and the UAE Council of Scientists. She also holds the position of Emirates Mars Mission Deputy Project Manager&ampampampnbspat the Mohammed Bin Rashid Space Centre. Al Amiri started her career in sciences when she worked as Programs Engineer on Dubai&ampampampnbspSat-1&ampampampnbspand Dubai Sat-2.
&ampampampnbsp
Her Excellency holds a Bachelors and a Master&ampampamprsquos degree in Computer Engineering from the American University of Sharjah.