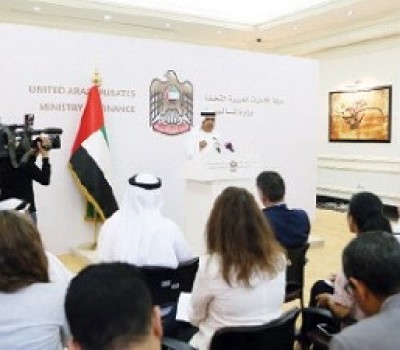 In a media round table, the UAE’s Ministry of Finance (MoF) today shared details of the federal bankruptcy law which was recently approved by the UAE Cabinet on September 4.

The new law works on identifying different ways to avoid bankruptcy cases and liquidation of the debtors’ funds, a comprehensive financial restructuring outside the scope of the court, composition procedures and the possibility to get new loans under terms set by the law.

Regulations will also prevent individuals from bypassing the law as there are a number of punishments, including a five-year prison sentence, as well as fines up to Dh1 million, the Ministry said in a media statement today.

The final draft of the law, which is considered an important addition to the UAE legislative system, was reviewed by Obaid Humaid Al Tayer, Minister of State for Financial Affairs.

The bankruptcy law sets up a new regulatory body the “Committee of Financial Restructuring”.

The UAE Cabinet will decide on the number of members and entities that will represent the committee, and will administer the committee’s law and its procedures.

The committee is in charge of: overseeing the procedures of financial restructuring outside the scope of the court, appointing experts in the field of financial restructuring, establishing an electronic record of individuals issued against them a bankruptcy ruling, by either imposing restrictions as ordered by the court or the loss of eligibility under the provisions of the law.

The committee is also responsible for organising and sponsoring initiatives that raise awareness among the public on the specification and objectives of the law, submitting periodical reports on the achievements, suggesting amendments to any provision of the law and determining any fees incurred, as well as any other tasks or mandates stated by the law or the UAE Cabinet.

Al Tayer highlighted that the Ministry sought to implement a law that is based on modern legislative and economic principles, while taking into consideration the global developments and changes taking place in the economic and business sectors.

These efforts have led to implementing the bankruptcy law, and distinguishing it from other laws on a regional level as well as in developed countries.

The law was set to match various bankruptcy cases, determine all legal tools to restructure the debtor’s business in accordance with specific terms and conditions as well as a legislative framework.

“Mature economies have proven the need to implement a bankruptcy law in each country that wishes to strengthen its economic status. The bankruptcy law is considered as one of the most important pillars for the local economy, as it provides protection for all parties, in addition to its pivotal role in attracting capital, in a safe and attractive investment environment and providing a protection legislation and legal acts,” Al Tayer added.

The law includes raising credit levels and financial guarantee within its legislative priority to strengthen the confidence among investors and boost the economy by enabling the financially distressed businesses to restructure, and pay their debts and obligations without disrupting the production process in accordance with transparent legal framework.

This makes it the only law which includes those specifications in the Arab region.

Which businesses are covered by the law

The law is implemented on:

-Companies and institutions established in free zones and which do not have provisions to regulate composition procedures or restructuring bankruptcy according to the Federal law No. 8 of 2004 concerning financial free zones

Al Tayer added: “We are delighted to adopt the final draft of the bankruptcy law, to encourage entrepreneurs who seek a secure investment environment to direct their investments in the country, while strengthening their trust in the legislative and legal infrastructure in the UAE that implements clear and transparent laws preserving their rights and achieving balance between the creditor and the debtor as well as prioritise creditors with guarantees over the ones without guarantees.

“The bankruptcy law will contribute in supporting the strategic plans adopted by UAE to develop its economic, financial and legislative structure.